Growing up, I lived on a steady diet of fantasy and science fiction. And so teenage me would be pretty envious of what I get to do today.

I get to reveal the brand new cover for Hayley Stone’s debut science fiction novel, MACHINATIONS! It releases June 14, 2016 from Hydra/Random House and sounds amazing!

But first, let’s see the cover.

Yes, I’m totally stalling so that you have to keep scrolling. 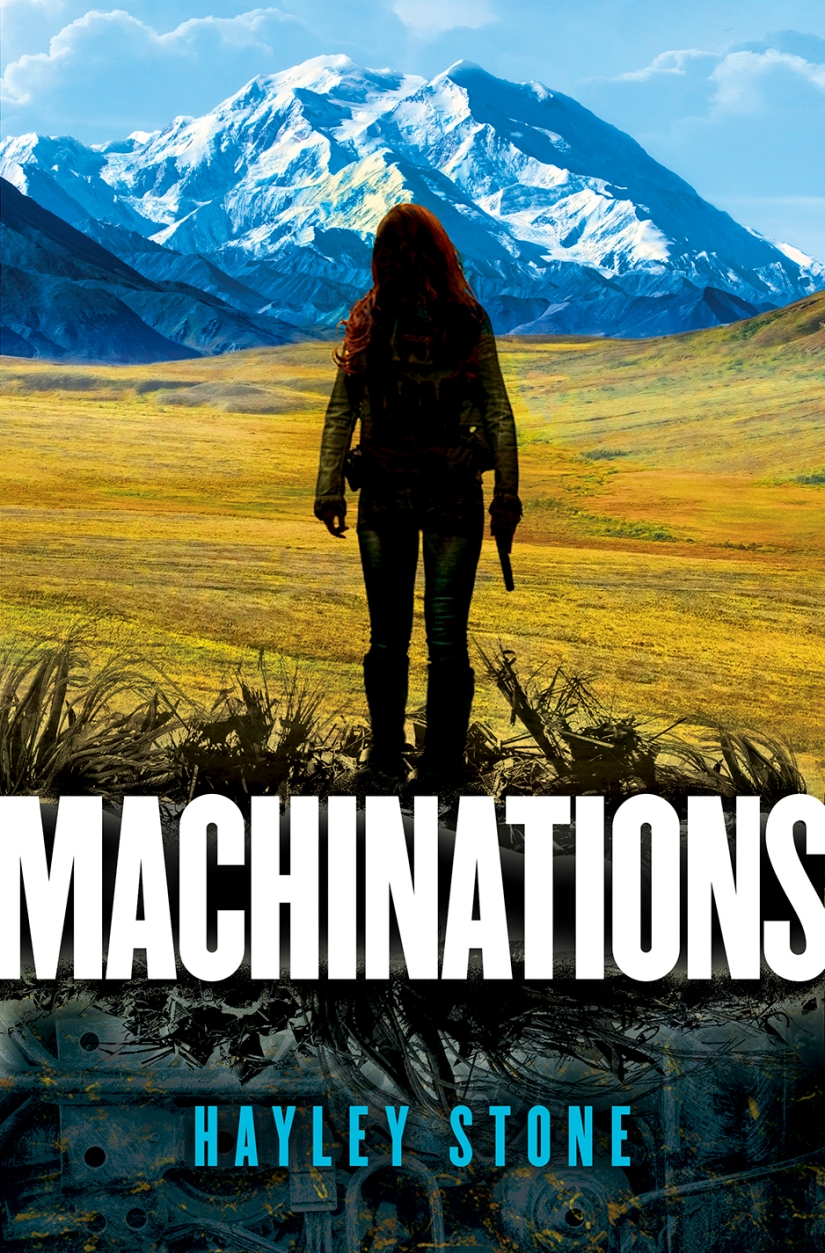 Isn’t that totally intriguing? I love the juxtaposition of the two different worlds above and below the title. And if the cover isn’t exciting enough. Check out the blurb below and then go pre-order the book!

Perfect for fans of Robopocalypse, this action-packed science-fiction debut introduces a chilling future and an unforgettable heroine with a powerful role to play in the battle for humanity’s survival.

The machines have risen, but not out of malice. They were simply following a command: to stop the endless wars that have plagued the world throughout history. Their solution was perfectly logical. To end the fighting, they decided to end the human race.

A potent symbol of the resistance, Rhona Long has served on the front lines of the conflict since the first Machinations began—until she is killed during a rescue mission gone wrong. Now Rhona awakens to find herself transported to a new body, complete with her DNA, her personality, even her memories. She is a clone . . . of herself.

Trapped in the shadow of the life she once knew, the reincarnated Rhona must find her place among old friends and newfound enemies—and quickly. For the machines are inching closer to exterminating humans for good. And only Rhona, whoever she is now, can save them.

And don’t forget to add it to your list on Goodreads!

Hayley Stone has lived her entire life in sunny California, where the weather is usually perfect and nothing as exciting as a robot apocalypse ever happens. When not reading or writing, she freelances as a graphic designer, falls in love with videogame characters, and analyzes buildings for velociraptor entry points. She holds a bachelor’s degree in history and a minor in German from California State University, Sacramento.

View all posts by amandarawsonhill